Prove the absence of undefined behaviors

On the previous page, we found the root cause of the detected undefined behavior.

After this point, you may relax and wait for the next code change and analysis result or decide to go beyond your test suite.

On the previous step, we realized that the code should not allocate a buffer of constant size but one of the same size as the input string. Fixing this should remove the undefined behavior.

To save you some time, we've prepared the code change in a dedicated branch called fix-memory-alloc.

You'll merge this branch to your master branch via a pull request. Here are the steps with a screen recording at the end:

1. On GitHub, click on New pull request on your fork project.

2. Change the compare branch to fix-memory-alloc.

3. Change the base repository to your fork project.

4. Review the changes in the diff. The caesar_encrypt and caesar_decrypt functions take the length of the input string as an additional argument, and the code allocates a buffer buf of the same size str_len as the input string.

5. Click on Create pull request, and again to confirm.

You have just merged the code change to your master branch!

1. In TrustInSoft CI, click on master to go back to the Reference page:

2. If you did not change the Project settings, a new build should have been trigger on the new commit as described in the screenshot above. Otherwise you can still run a new build with the Run new build button in the top-right corner.

3. You can already see the analysis is now green, which mean no undefined behavior has been detected. By clicking on the #2 build, you can double check this fact: 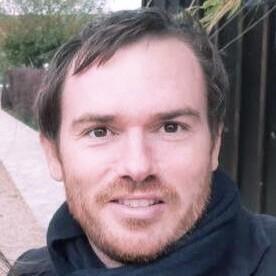